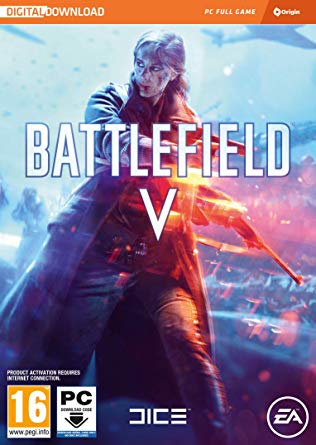 Battlefield V invites you to take part in the largest military conflict in the history of mankind. The series returns to its roots, depicting World War II in a completely new light. Participate in large-scale and realistic online battles, fighting with your squad in such modes as “Big Operations”, which will amaze you with the scale of what is happening, and “Joint battles” for passing with friends, or follow the fate of individual people against the backdrop of global confrontation "Military stories" single player game. Fight in completely unexpected and amazing places around the globe, enjoying the most exciting game of the Battlefield series.

Key activation:
1. Download and install the Origin program (http://www.origin.com/download).
2. Run Origin.
3. Select the interface language and the place where the game will be installed.
4. Go to "Origin-Activate Product Code."
5. Enter the key. After that, the game will appear in the library of games, where you can download and play it.