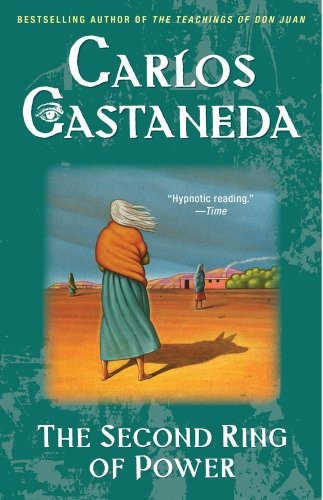 The sale of this product is suspended.

From the publisher
Jumping off a cliff into the abyss, Carlos survived. He returned to Mexico in order to know if it was real this incredible jump. Unexpectedly, he meets a group of women mages, too, students of don Juan, and not to die in a skirmish with them, discovers his magical ability to leave his body in the form of a powerful double.
He learns that all the attacks were planned by don Juan that he discovered his power and saw themselves as the new Nagual. As a result of interaction with perfect woman-warrior La Gorda, Carlos takes on the responsibility of the leader of the new party of the Nagual.

The man is courageous when he has nothing to lose. We are cowardly only when there is something that we can cling to.

The warrior no opportunity to give anything to chance. A warrior actually affects the outcome of events by the force of his awareness and his unbending intent.

If a soldier wants to repay for all the good that did for him, and it is not possible to do this in relation to a specific person who once helped him, he can make a contribution to the human spirit. It can be very little, but, however much he invested, this will always be more than enough.

After describing the world in a very beautiful and enlightened manner, the scholar at five o´clock goes home to rest from their wonderful builds.

Eador: Masters of the Broken World