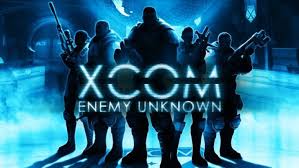 * INSTANT DELIVERY IMMEDIATELY AFTER YOUR PAYMENT IS CONFIRMED *

After paying for the order, the system will automatically (without our participation) instantly send you an e-mail link to access the official activation key of the game - XCOM: Enemy Unknown

A new word in strategies - in "XCOM: Enemy Unknown" tactical turn-based game
the process is combined with great fighting.
Strategic base - you have to recruit, customize and grow unique
fighters, control subordinates, detect and destroy dangerous aliens,
Explore alien technology, build and expand the headquarters of XCOM.
Tactical battles - control squads in turn-based ground battles and apply
air forces, for example, Interceptor fighters familiar from UFO Defense
and supersonic Skyranger transports.
Global Threat - XCOM Team Expects Over Seventy Unique Jobs
around the globe, associated with interaction and negotiations with various
by governments.
Tactical network mode - make a squad of aliens and people and competently
Combine the abilities of fighters to outwit and defeat the enemy.

How to activate the key:
- If the Steam client is not installed, download and install it
- Log in to your Steam account or register a new one if you do not already have one.
- Select "Activate via Steam ..." in the "Games" section or click "Add game" in the
in the lower left corner of the application and select "Activate via Steam ...".
- Enter activation key. After that, the game will be displayed in the "Library" section, and you can download it